Hey guys! I know it’s a LITTLE late, but here is my Jeffree Star Blue Blood lipstick review with swatches of every shade! Listen, this collection launched on March 29 and it’s May 28 today… so yeah, it’s two months late, but I’ve been going through some ish and I’ve had a ton of anxiety and blah blah blah. Long story short, I just didn’t really feel like editing this video until now, so I hope you’ll forgive me, and I hope you’ll still watch this video and maybe even enjoy it a lil bit! ?

I actually had fun filming this, and you almost can’t even tell I was ’bout to have a nervy b! Honestly, I really love filming, because if I talk enough, it drowns out the anxious thoughts in my head. BUT ANYWAYS, that’s enough chatter about stuff no one likes, let’s just get into the Blue Blood lipstick swatches and review, shall we? As always, WE SHALL.

Now first, for the lip swatches! The following swatches are all unedited stills from my YouTube video, so if you don’t like them, TOUGH. If you’d like to leave me some hate comments about how ridiculous I look and how bad I am at swatching, I welcome that with open arms ?

And now, for my full review on JSC’s blue lipsticks along with the swatches in motion, which will, perhaps, make the above stills make a little more sense? Prob not, but hopefully you’ll at least get a little chuckle. 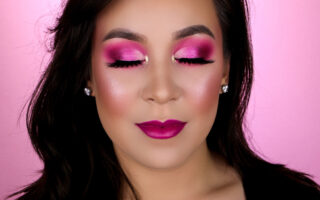 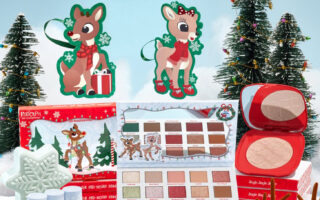 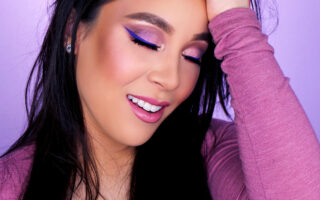 Hey guys! I’m Debra Jenn and I’m a self-taught makeup enthusiast. I’ve been obsessed with makeup for as long as I can remember and have picked up a lot of makeup tips and tricks along the way that I’d love to pass on to all of you! I also love fashion, and post everything from style inspo to makeup tutorials and makeup reviews.

I have a YouTube channel as well, where you can find my makeup tutorials — with everything from BoxyCharm tutorials and unboxings, to halo eye tutorials, cut crease tutorials, tips on how to get flawless foundation, and much more, so it would make my day if you subscribed! I hope you find my fashion and beauty blog helpful and entertaining, because I have so much fun creating stuff for you guys!